**Uphold the flag of New Democracy and Socialism! 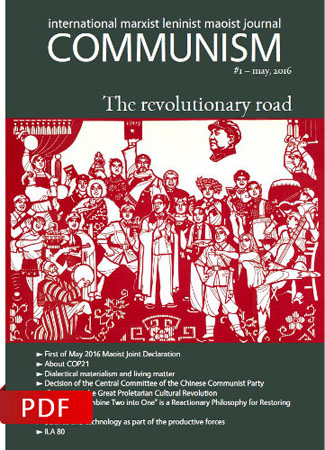 Nothing can stop the movement of matter, the movement of change. And the task is to make this change real, developing itself correctly, to establish a better world, a pacified and unified humankind, a more developed society where culture, arts, science and ecology govern everyday life.

A society where robots help us to progress in production, where the global telecommunications networks permits to share all the knowledge in the best efficient way, where informatics facilitate all the calculations for planning and science, where intellectual and manual labour are combined, where medicine profits to all with the free sharing of knowledge, where man and woman are equal.

A society resolving the contradiction between the cities and the countryside, giving humankind its place in nature, respecting life as the most advanced development of matter, calling for space exploration and the spreading of life through space colonization.

But the ruling classes have others values. They have economic interests in the massive deforestation, in anarchic urbanization, in inter-imperialist concurrencies splitting countries like Ukraine or destroying others like Iraq.

They spend always more money for wars and are even not able to unite against a known threat like climate change, as the failure of the COP 21 has shown it recently. Their spirit of greed is so strong, that they are ready to accept phenomena like the rise of the “Islamic State” or the mass migrations of millions of people. 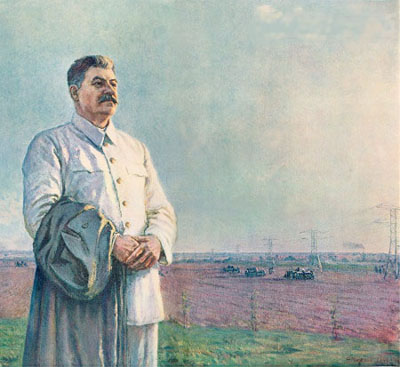 The reason is that the tendency of imperialist wars is ripening and everything new – in a bad sense – is a possible way for an imperialist power or an expansionist semi-colonial semi-feudal country to make a move against another.

Instability, insecurity, troubles… are the food of capitalism trying to always find new possibilities to make some better profits. This is also the sense of establishing ways of life which are full of alienation, corresponding to an irrational consumption of superficial things.

The dream of capitalism is to shape the masses so that they consume as much of commodities as they can, making a fetish of them, drinks full of sugars and always more meat permitting to increase the body weights and the profits.

Capitalism tries to mold everyone and everything so as to conform to the reign of the commodity, accumulation of capital.

Culturally, this means a deep decadence, as the natural program of capitalism in its imperialist stage is to produce an environment based on brainless movies about gangsters and superheroes, exacerbated fake relationships through social networks, fascination for elitist sports, rabid individualism, nationalism and a cult of warriors.

Everything in culture and science must be submitted to this ideology of “individuality”, “creation”, “uniqueness”, “competition”, quest for profit, etc.

This is the source of the general decay of societies on our planet, where the lack of responsibility becomes a norm, ultra-individualism the only apparent way to protect own-self, exploitation the sense of life itself. 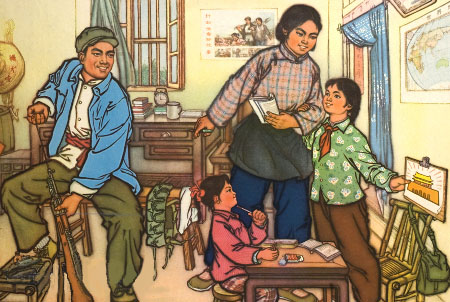 When we compare where our world is going and where it could go if another direction is taken, things are obvious : we need to change things, we need the Socialist World Revolution!

Therefore, we call to uphold the flag of New Democracy and Socialism, to understand the science of Marx, Engels, Lenin, Stalin, Mao Zedong!

We need therefore to understand the very core of Marxism-Leninism-Maoism, Dialectical Materialism, which teaches us that:

“It is impossible to separate thought from matter that thinks.” (Karl Marx, The Holy Family)

“All nature, from the smallest thing to the biggest. from grains of sand to suns, from protista to man, has its existence in eternal coming into being and going out of being, in a ceaseless flux, in unresting motion and change.” (Friedrich Engels, Dialectics of Nature)

Our ideology is dialectical materialism developed through three stages – Marxism, Leninism, Maoism – giving us a better understanding of the world, its contradictions, its non-linear evolution in spiral through qualitative leaps. 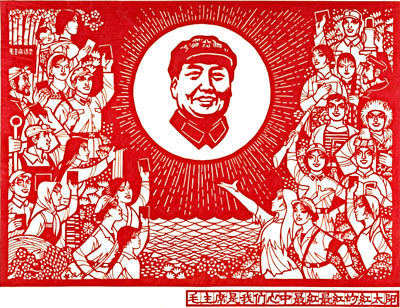 Marxism-Leninism-Maoism is not a method, but a science, showing us the possibilities existing in the world today, through the understanding of matter and its movement.

Our ideology is the product of the Great Proletarian Cultural Revolution, launched in the People’s Republic of China in 1966, to mobilize the masses so that they dare to criticize the partisans of the past, dare to repudiate the past, dare to struggle, dare to master dialectical materialism.

The masses had to rush to break the old ideas, the old culture, the old customs, the old habits; they had to prevent the reactionaries resurfacing through culture and ideology.

The Great Proletarian Cultural Revolution opened therefore a new era: one where the proletariat possesses all the ideological and cultural tools to triumph completely and absolutely. The question of the restoration of capitalism – marking the temporary defeat of the revolution – was masterfully understood.

Gonzalo, the great leader of the Communist Party of Peru, has masterfully synthesized the meaning of the Great Proletarian Cultural Revolution for our ideology:

“In perspective, in order to arrive at our final goal, Communism, Marxist-Leninist-Maoists must carry forward three types of revolutions: 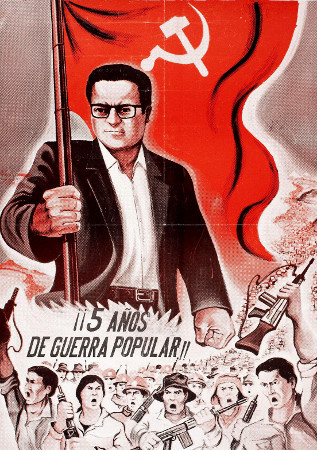 2) socialist revolution, in the imperialist and capitalist countries, which establishes the dictatorship of the proletariat;

3) cultural revolutions, which are made to continue the revolution under the dictatorship of the proletariat.

The latter is to suppress and eliminate the regeneration of capitalism and to wage armed combat against attempts at capitalist restoration, and which also serves to strengthen the dictatorship of the proletariat and to facilitate the march towards Communism.

Just as no class in the world was able to seize power all at once, but only through a process of restorations and counter-restorations, when the proletariat takes power and establishes its dictatorship, the eagerness of the bourgeoisie for restoring capitalism and to recover its power grows and opens up a historical process of struggle by the proletariat to maintain and defend its dictatorship and to combat the conspiracy of capitalist restoration.

This struggle between restoration and counter-restoration is an undeniable historical law, which is replayed under the dictatorship of the proletariat.

In world history, when the feudal class advanced in China, it was delayed 250 years while it crushed the restoration of slavery; when the bourgeois class in the west struggled against feudalism to crush the attempts at restoration or the restorations of feudalism, it took 300 years to be definitively established in power.

And, addressing a revolution in which the proletariat is definitively established in power, the acute struggle between restoration and counter-restoration will last approximately 200 years, starting from the Paris Commune in 1871. 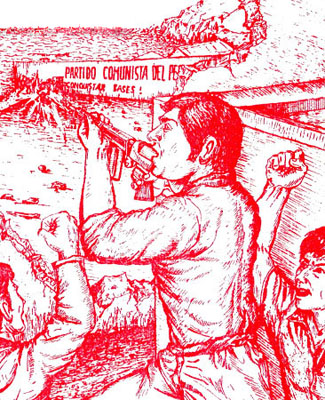 The experiences of capitalist restoration in the USSR and in China taught us great lessons, positive as well as negative; especially emphasizing the gigantic steps forward in the formation of the new State and how the Great Proletarian Cultural Revolution is the solution to avert restoration.

We, who follow Marxism-Leninism-Maoism, Gonzalo Thought, reaffirm ourselves in revolutionary violence as the universal law to conquer power, and to do so it is crucial to substitute one class by another.

The cultural revolution prevents the old to triumph over the new, in developing a deeper understanding of dialectical materialism by the masses. The principle of Guide Thought precisely emphasizes the need for an ideological and cultural direction in the necessary overcoming of the particular historical contradictions in a given country.

The ideological and cultural question is thereby inseparable from the triumph of the revolution; it is the sense of the slogan which is ours : “People’s War until Communism!” 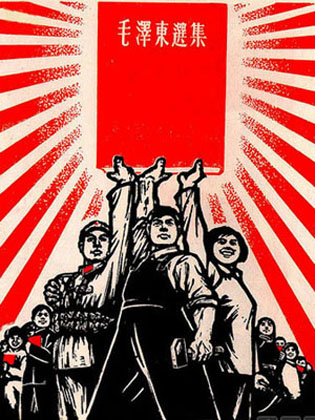 This is especially true in the heart of the imperialist metropoles, where the bourgeoisie has firmly advanced, having an effective state apparatus, a high level of training and experience of its executives, a very important ability for corruption.

The ability of the bourgeoisie to lead the integration of antagonisms into the institutions as the spontaneists currents are strong and denying the centrality of the ideology, of the clash with the bourgeois ideas and conceptions.

The praise of individualism and existentialism, the cult of the inspiration of the “genius”, the celebration of contemporary art and subjectivism … All this is combined to reactionary ideologies of the extreme right, with the goal to disorient the masses, wedged between the post-modern ideologies and romantic nationalism.

That’s why we say, strongly based in the Marxist-Leninist-Maoist historical experience, that the central issue is that of power and, therefore, of the ideological and cultural battle to scientifically organize the exploited and oppressed masses.

Without revolutionary theory, there is no revolutionary movement: this fundamental lesson of Lenin must be understood in its deepest sense. The Great Proletarian Cultural Revolution was a major development extending this understanding and giving it its fullest sense.

The world masses possess now have all the science permitting them to take power and keep it.

Our epoch is the one of the general offensive of the World Socialist Revolution and its wave is already launched, it has begun with the Chinese Great Proletarian Cultural Revolution, giving us a general overview of the process of struggle between the ancient, reactionary state and the new state forged in the People’s War, of the process of revolution and restoration, and counter-restoration through Cultural Revolutions.

“The next 50 to 100 years or so, beginning from now, will be a great era of radical change in the social system throughout the world, an earth-shaking era without equal in any previous historical period. Living in such an era, we must be prepared to engage in great struggles which will have many features different in form from those of the past.”

The setbacks are only a bend in the revolutionary road; we express here our total confidence in the victory of the World Socialist Revolution, in the triumph of the proletariat against the bourgeoisie, on the total defeat of capitalism and imperialism, bureaucratic capitalism and feudalism. 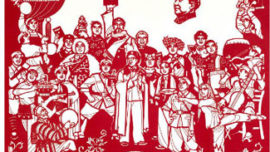 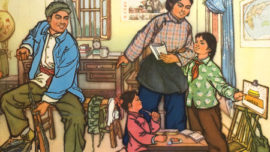 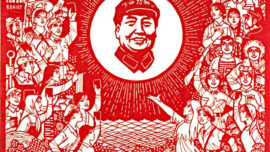 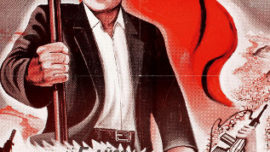 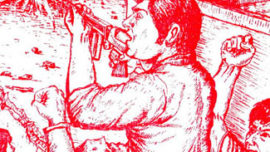 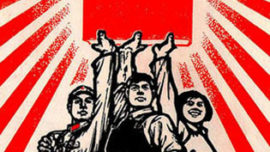