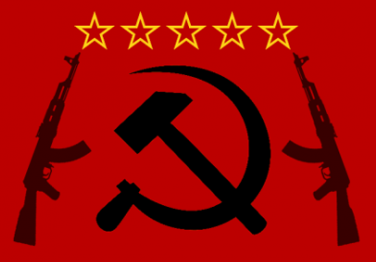 We have learned of the tens of deaths and many tens injured, as a result of terrorist attacks in your country.

According to the media, and news reports still released, “two explosions, moment apart, tore through the check-in area of Zaventem Airport at about 08:00 local time(07:GMT) on Tuesday”.1 Also, we have sadly learned that a further blast happened at the Maelbeek metro station in the city Centre.

It seems that the real number of the casualty is not known or at least, has not been intentionally released yet. Updated reports declare that a total of 164 injured and were killed in these blasts. Comrade Stalin, once had fully exposed the bourgeois criminal statistics, and had told that: the death of one person, is a tragedy, but the deaths of a hundred and more, is simply a statistics! Yes, the statesmen and leaders of imperialist states, have nothing to say but to simply count on statistics to explain the extent of the happening !

The people of your country, are the real and only victims, but the Belgian ruling class, is the one whom shares the dirty cake of inter-imperialist conflicts, playing with cards of IS romantic anti-capitalism. Here, the so called “Islamic State”, with its romantic anti-capitalism, is nothing more than a nostalgia, that “proceeds” towards past, and has nothing to say about present and future of the world.

The imperialists themselves created this “anti-capitalism”, as a nostalgia, in order to replace the genuine resistance of the masses, with a reactionary version of a fake “resistance”, in order to subjugate the popular revolts against bosses, and against imperialist forces! So, IS, here plays the role of a supposed “enemy” of the developed world and world civilized country. But, in reality, this terrorist force, is a doll at hands of inter-imperialist agendas. Here, nostalgia, fights for a reactionary world, in order to prevent the democratization, and in order to pave the way for a fascist tide, against world masses. This is capitalism, in its imperialist stage, in decay, parasitic, and moribund, and so is a fascism in action. Fascism brings about nostalgia, in content, and romantic anti-capitalism, in form.

Belgian Prime minister has declared that: “what we feared has happened.”2 Here, this monster, wants to terrorize the masses! He wants to pretend it a battle between “democracy” and “terrorism”. But, what he is afraid from, is the harvest he and his other imperialist companions have already sowed. Imperialist monsters, are completely aware of the result of their genocides around the world, especially in oppressed countries. So, they cannot expect anything other than reactions from a nostalgia “resistance” aggressive forces. This is how they are playing with IS cards. Regarding to claims in defense of “democracy” and “open society”, imperialists claims are nothing but producing house of cards. They aim to legalize imperialist terror, and cover it with a fake “democratic enamel”, but, they are not able to deny the identity of the root of their tooth: it is imperialism that re-divides the divided world !

The “horror in Brussels”, is made in capitalism, and is made of nostalgia, and is made for terrorizing the masses, and is made to replace a genuine anti-capitalist revolutionary tide in Western Europe. The victims are the innocent masses, and the winners are the imperialist monster. So, let us unite under red banner of a communist platform, to unite the people of the world against imperialism. This is the genuine saying No to IS, No to Romantic Anti-capitalism, and finally saying no to Nostalgia. This No, brings about, and opens the window to: Yes to Melancholy, and a classless society, free from ills of oppression and exploitation.

We want to express our sadness regarding to the tragic deaths of tens and inurement of many tens of the Belgian masses, once again. We hope your comrades are well, and would not have been among the casualties. But, we emphasize that: our red flag, which consolidates our ideology, both in speech, and in practice, has been emerged out of such being victimized by monsters. So, let us unite against bosses, and let us shout together: Peace to Huts! War to palaces!