On the International Communist Movement (MLM)

The International Communist Movement now relies on Marxism-Leninism-Maoism. Due to the uneven development, this statement is complex.

Some organizations have understood one aspect of Marxism-Leninism-Maoism in particular, others have developed a relatively fair understanding in several areas. There are many cases of figures. 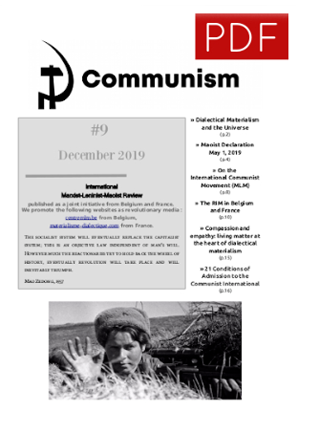 lt is well known, however, that it was the Communist Party of Peru that first grasped that Maoism was the third stage of Marxism, with its leader Gonzalo providing the ideological basis for establishing that.

All of this had a formal dimension. Organizations such as the TKP / ML of Turkey, the Maoists of lndia, the Communist Party of Philippines published for example a joint review in the 1990s, in opposition to the MRI. They ended up accepting Marxism-Leninism-Maoism but in terms of content, nothing has actually changed for them.

Even within the RIM, Marxism-Leninism-Maoism was formally conceived. lts main motor, the Revolutionary Communist Party of the United States, has thus shifted into post-Maoism, just as the Maoists of Iran who played an important role, while a group like the TKP / ML Maoist Party Merkezi also strongly involved disappeared.

This situation was aggravated by the surrender of the Nepalese Maoists under the leadership of their leader Prachanda. The abandonment of the People’s War has been a stab in the back of the International Communist Movement. 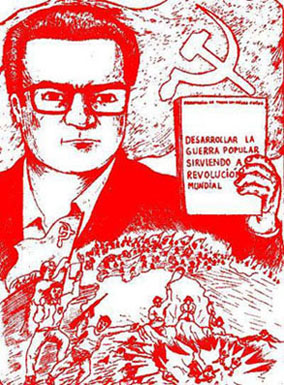 The French Maoists denounced the opportunist line of Nepalese Maoists from the outset, but the centrist forces, led by the Maoist Communist Party of ltaly, did everything to neutralize a criticism of Prachanda.

Today, the situation is as follows. There is a group around the Maoist Communist Party of ltaly working to recreate a RIM, on the same basis, without self-criticism, with a completely minimalist line.

There is a grouping around most of the Maoists in South America who wants more to assume Gonzalo, but in the sense that it would be considered virtually as the fourth sword of Marxism.

ln addition, there is a phenomenon ravaging the ranks of the avant-gardes around the world: the spread of modernist concepts of post-structuralism, post-modern philosophies, LGBT + ideology being an aspect of it alongside the valuing of marginal groups as subversives, submission to contemporary art and subjectivism, etc.

If we add to this the total lack of reflection on global warming or the animal question, the almost complete lack of knowledge of dialectical materialism, we have a panorama that is hard y encouraging. 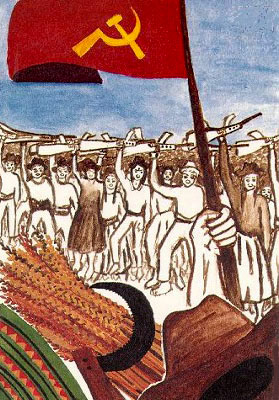 But this is only one aspect of the question. ln fact, due to the uneven development of the non-linear movement of history, this process dialectically raises a qualitative leap. This is however understandable only if one considers that the RIM has not been the center of the International Communist Movement, only one aspect.

Maoism in lndia, Turkey, and the Philippines exists anyway since their beginning independently of the RIM. And the RIM has for example played a powerfully negative role in the capitalist countries. lts line was revisionist, its position that of a « contemplative criticism » as rightly pointed out in 1986 by Spanish revolutionaries.

lt is true that in fact, it was a « committee » of the RIM that spoke on behalf of the latter, through the magazine « A world to win ». However, the battle is political and what resulted from the RIM was either nil or counterproductive. lt can even be said that the RIM did traffic with Maoism, which led to the current situation.

For this reason, it was the Communist Party of Peru that was the main aspect of the International Communist Movement, not the RIM.

The concern is that the Communist Party of Peru has placed itself as a fraction within the RIM and never wanted to break with him, despite criticism. lt was a position that had its dignity at the time. However, today, it is not possible to find orientation in this way, with a position of « fraction ».

What is needed is a platform to synthesize the experiences of the International Communist Movement in the light of Marxism-Leninism-Maoism.

This will necessarily be considered as something intellectual or virtual by the opportunists. But Marxism-Leninism-Maoism is a science and that’s the basis of it all. 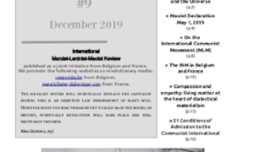 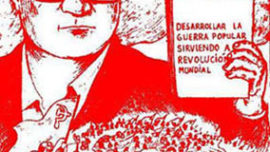 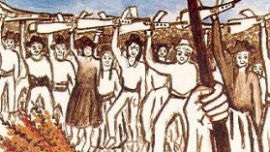