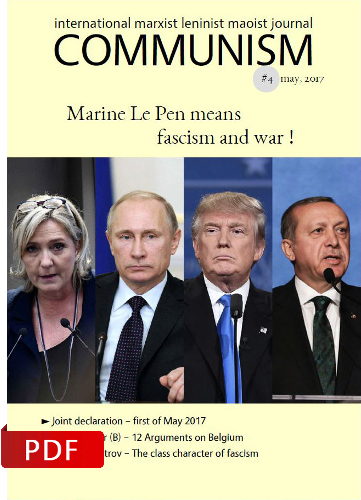 This May 1, 2017 is marked by the historical strengthening of the tendency to imperialist war. Each camp polishes its weapons, strengthens its capacity for action, promotes nationalism.

The United Kingdom tumbles to the exit of the European Union with the Brexit; in India, Narendra Modi organizes a regime in which Hinduism turns to fanaticism.

In the United States, it is Donald Trump, that coarse, narrow billionaire who took the lead ; in Turkey, Recep Tayyip Erdoğan has reinforced, in a generalized manner, his prerogatives as president relying on religion.

China is strengthening its armaments, having just launched an aircraft carrier built in complete independence; North Korea is multiplying missile tests with the aim of endowing them with nuclear warheads. In the Philippines, Rodrigo Duterte leads the country with extreme nationalist populism; Japan increased its military budget for the fifth time in 10 years, reaching a record 1% of GDP.

This tendency is general, both in the capitalist-imperialist countries and in the semi-colonial capitalist bureaucratic countries. The crisis inherent to capitalism can not be resolved and the conquest of profit requires more exploitation within and more tendency to interventionism.

There is no other way out except a rush forward, the march towards war. 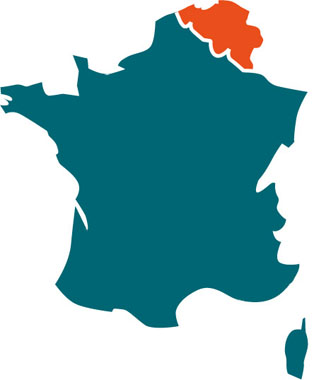 The price to pay, in case of incapacity to assume this orientation, is the collapse: countries like Libya and Iraq already do not exist any more, dismembered by the others; Afghanistan and Venezuela are swinging into chaos, while between 2011 and 2015, Brazil experienced more deaths by voluntary homicide than in Syria, which is experiencing a widespread war.

Given this background, on the first of May 2017, we therefore call the masses of Belgium and France to be constantly and thoroughly vigilant about the electoral progression of Marine Le Pen.

Its electoral success in the first round of the French presidential elections, with 7.7 million votes, reinforces indeed a double trend of historical importance.

There is in France a tendency towards nationalism and corporatism, that is to say the complete submission to capitalism in the name of the economic efficiency of the country.

But there is also a tendency to expansionism, to the strengthening of the capacity to project outwards – which is the basis of imperialism.

And the historical situation of the Belgian nation is known: it is marked by weaknesses in terms of its cultural unification. Consequently, France inevitably tends to seek to satellite a part of Belgium: Wallonia, even Brussels itself.

There is a convergence of interests between French imperialism and the Flemish fare right, which would both benefit from a negation of the Belgian nation, dismembering it to form real fiefs. 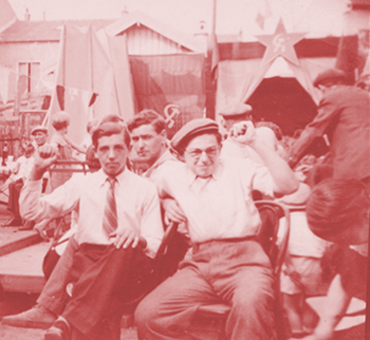 We would like to emphasize that it is not a question of seeing a plot or of imagining a French invasion, but of grasping a fundamental tendency which is based, on the one hand, on the expansionist needs of French capitalism in crisis, on the other on the attempt of Flemish capitalists to form fiefs, where nationalism would grant them political supremacy.

There is here an explosive situation, and this is even truer as the European Union, this capitalist utopia of a pacified Europe, collapses ever more under the blows of the selfish national interests, which is typical of imperialism.

Capitalists have promised progress and peace, but each national capitalism in crisis knows only one, inevitable, way out : fascism internally and war on the outside, whereas the world has already seen the destructive consequences of this historic law, with the First and Second World Wars.

The Belgian question does not attract the attention of Marine Le Pen alone: it can be seen that in the first round of the French presidential elections of 2017, all the “sovereignist” or nationalist candidates already had expressed a favorable opinion on the integration of Wallonia into France.

Marine Le Pen has already frankly approached the issue in July 2011, and this was especially easy as the Flemish far right Flemish is very close to her:

“If Belgian is going to split, if Flanders pronounces its independence, which seems more and more credible a possibility, the French republic would do well to welcome Wallonia into its heart. The historical and fraternal ties which unite our two peoples are too strong for France to abandon Wallonia.”

In 2010 already, Nicolas Dupont-Aignan spoke of “daring to clearly tell to our Walloon friends that France would welcome them with open arms” ; Jean-Luc Mélenchon explained that he was “a “rattachiste” as they say. If the Flemings leave, if Belgium evaporates, then, let the Walloons come with us.”

It is also the case of François Asselineau (“in the hypothesis – at present not very probable, but not improbable either – in which the “rattachiste” (or “reunionist”) current ended by rallying a majority of French-speaking voters, French should accede to this majority demand”). 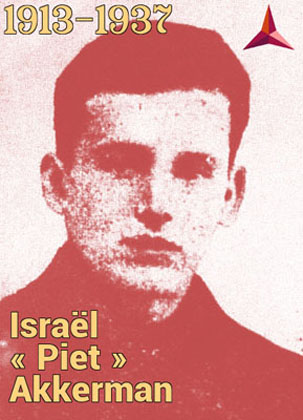 It goes without saying that the French expansionist attempts to profit from the profound Franco-Belgian friendship to justify themselves historically. It is very important to unmask such an undertaking, in order to truly strengthen genuine encounters between peoples, in a long process that will ultimately lead to the World Socialist Republic.

However, it is clear that, in any case, no progressive process can exist on the planet without being carried by the working class, without breaking with the growing power of the monopolies, without being able to break the forces that develop fascism.

The Communists must therefore be at the forefront of the anti-fascist struggle, knowing that the inevitable evolution of capitalism led to the formation of two camps: the camp of fascism, the camp of popular democracy, the latter being the natural terrain for the Communists .

Of course, this demands the ideological capacity not to yield to the pseudo-revolutionary demagogy of leftism, which is opposed to anti-fascism considered here as a “compromise” protecting bourgeois institutions.

Leftism is mistaken here, for nothing is static in society, because of the inherent instability of capitalism in crisis. The battle for democracy carries within it, inevitably, the break with the power of the monopolies, which is being strengthened in an ever more tyrannical way.

During this process, it will be a historic task for the Communists to organize the masses in general on the democratic ground of anti-fascism, with the unavoidable military confrontation of reaction and revolution. 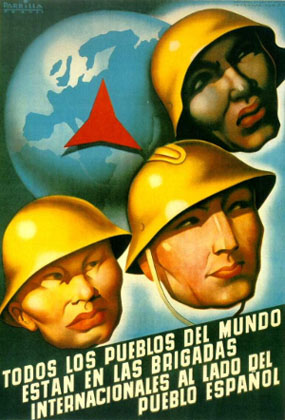 For this reason, there is the task for the Communists to know the historical heritage of anti-fascist struggle, in particular the Spanish, Greek, Italian, German, Belgian and French experiences.

The war of the people against fascism will inevitably be the historical sequence to come, which will sweep away the attempt of capitalism to maintain itself in spite of its entirely decadent and destructive nature.

It is evident, therefore, that the question of the environment will be a particularly important detonator in the mobilization of the masses. This is part of the process of dialectical materialistic understanding of the world that the masses will experience in their ever more frontal opposition to capitalism knowing only the path of confrontation and destruction.

It is a whole new era that opens here, allowing a new undeniable impetus to the revolution, on the condition of grasping reality adequately, of knowing well the historical characteristics of its own country.

That is why, on the first of May, we affirm that the future belongs to the masses, not to fascism, and that the organized masses will be able to wage war against the anti-democratic forces seeking to prevent them from mastering their destiny, to establish the socialist society which corresponds to their needs. 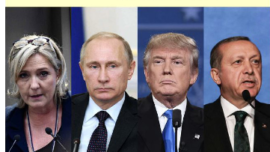 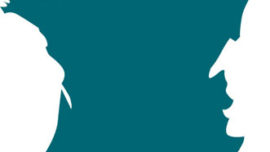 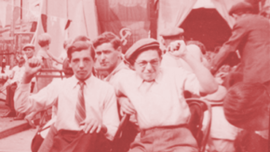 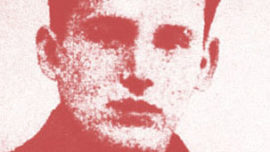 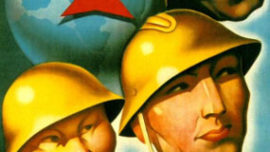