Joint Message to the Workers of All Countries

Let’s Struggle for the Triumph of The World Proletarian Revolution ! 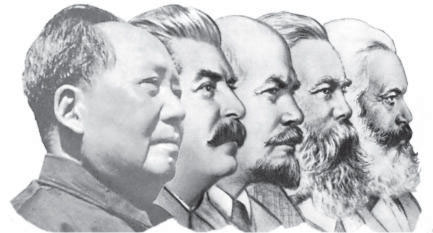 As every year, on this May Day the workers of all countries honor the memory of the martyrs of Chicago, narrow ties of solidarity, review their ranks and reaffirm their goals of abolishing all forms of exploitation and of oppression on Earth. A day where the world proletarian army takes the streets in front of the popular masses, their voices joined in the battle against imperialism and reaction, and in support of the revolutionary struggle of their brothers in all countries and of the peoples of the world.

And it can not be otherwise, since the world capitalist crisis continues to rage everywhere, bringing the terrible sufferings of hunger and misery to the laboring masses, leaving a trail of death, of destruction of nature and of desolation for the peoples, increasing the danger of a new world war for which the imperialists are preparing, highlighting the decline of a agonizing system violently opposed to the progress of society.

The pretension of the imperialists and their lackeys regimes in the oppressed countries of saving themselves from ruin and of their inevitable destruction intensifies the exploitation and the oppression of the proletariat and of the peoples, increases the resistance and rebellion of the dispossessed. The antagonistic contradictions between exploiters and exploited, between oppressed and oppressors, exacerbated to the limits by the greed of the parasite minority that lives the work of others, give the impulse to the forces of society, especially those of the proletariat of all countries, for the revolution : powerful demonstrations and strikes in the bowels of the imperialist countries, countless uprisings and even popular insurrections against the consequences of the crisis in the oppressed countries, armed resistance of the peoples in Iraq, Afghanistan and Palestine, attacked by imperialism and its mercenaries … events that are undeniable signs of the revolutionary storm.

However, the spontaneous struggles and rebellions of the workers are not enough, they are not enough to overthrow the tyrants or rulers, not enough to alleviate the sufferings, not enough to stop the imperialist aggression ; we must decide to radically change the world situation. This makes necessary to transform the spontaneous struggle in conscious struggle, to move from rebellion to revolution, taking the fight to overthrow the power of the enemies of the people, destroying the old reactionary state of the exploiters with the People’s War, with the revolutionary violence of the masses, to establish on its ruins the new state of the workers and peasants, the Dictatorship of the Proletariat, that have in sight the peoples of India, Turkey, Peru and the Philippines, elevated in People’s Wars led by the Communists, marxists leninists maoists.

The proletariat, the class that in the revolution has nothing to lose but its chains and therefore the most revolutionary class of this era, obtains each day more importance in the struggle against exploitation and imperialist domination. And its responsibility to lead the revolutionary struggle of the popular masses is supported in the efforts of the marxists leninist maoists who persist in building their independent political Party in each country, as part of a Communist International of a new type ; indispensable instrument for the triumph of the World Proletarian Revolution, only solution to the catastrophe that imperialism has caused to entire society.

But in opposition to this purpose raises itself not only the persecution and the state terrorism of the exploiters, but also opportunism, the bourgeois ideology and politics in in the very heart of the worker movement itself, that deviates the proletariat, in the seeking of perpetuating imperialist capitalism. Such is the current role of trotskyists and hoxhaists, of which some call themselves marxists leninists and even marxists leninists maoists, whose theories and practices, as in the case of United Communist Party of Nepal (Maoist), lead to the betrayal of the revolution, to capitulation before imperialism and the lackeys ruling classes, and to the disarmament of the People’s War and People’s Liberation Army of the heroic people of Nepal, whose experience of struggle will be a fertile ground for the reunion with the correct line of a new Party built on the total defeat of the old party and its revisionist line. An attack supported by the Revolutionary Communist Party, USA, which under the name of “Avakian’s new synthesis”, pretends to replace the theory of scientific socialism, Marxism Leninism Maoism, for bourgeois theories of social reform. The attack of these revisionist parties, members of the Revolutionary Internationalist Movement-RIM, and the accomplice silence of its leading Committee, caused the debacle of this movement as embryonic center of the world proletariat.

Today, given the undeniable collapse of the Revolutionary Internationalist Movement, the centrist position that legitimizes the accomplice silence hides the main danger that represents revisionism to the unity of the International Communist Movement, minimizes its betrayal of the world proletariat and its outrages against the people of Nepal, obscures the view of the Communists and prevents workers to clearly understand the role of revisionism in the defeats of their political movement, contributing to keep them away from the political problems of their revolution. Now, on that basis of conciliation with the enemies of the proletariat, centrism proposes to revive the Revolutionary Internationalist Movement in what they call “Expanded Conference of the RIM”, based on ignoring the knowledge of its bankruptcy and the revisionist causes of it, thus aggravating with this further confusion, dispersion and impotence of the revolutionary communists.

But contrary to the pessimism and despair of the old and new revisionists, and also to the eclecticism of the centrists conciliators, the contradictions of imperialism in its advanced state of agony unleash the world forces of work against imperialist parasitism, urgently calling for the international unity of proletariat. Unity in which the proletarian revolutionaries strive now to demolish the false revisionist theories and the eclectic positions of centrism. Unity that must materialize itself in a proposal for a General Line of the International Communist Movement, that draws a deep demarcation between marxism and opportunism, and is the firm basis of unity to forge the new International which will lead the grandiose battles of the World Proletarian Revolution against imperialism and all its lackeys.

The powerful revolutionary forces unleashed by imperialism – moribund capitalism – demand the direction by the proletariat and the Communists. So, this May Day, the marxists leninists maoists call the proletarians of all countries to fight for the triumph of the World Proletarian Revolution, to march under the banners of proletarian internationalism and to unite their battle cries and political struggle for Socialism and Communism.

Down with imperialist exploitation and domination !

Long live the People’s Wars in India, Peru, Turkey and the Philippines !

For a New Communist International Based in Marxism ELeninism Maoism : Let’s Go Forward ! 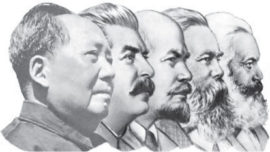