This 7th of November 2017, we celebrate the hundred years of the October revolution, which in 1917 led Russia to socialism, through an armed insurrection followed by a civil war between the red and the white armies. 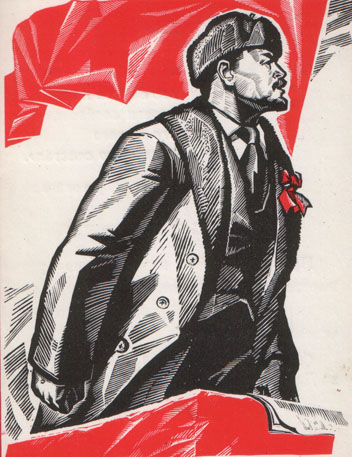 We say that this path is still valid today ; in each capitalist country, a revolutionary upsurge must be led by the avant-guard revolutionary party, mobilizing the masses so that they take the power in destroying the old state in a necessary violent way.

The insurrection, i.e. the taking of the central power, is the revolutionary task of the real communists; the goal is not to reform or to ameliorate capitalism, but to overthrow it. The old state can not be amended, it has to be destroy and replaced by the power of the soviets, the socialist state.

The communists must therefore be aware of the capacity of repression of the old state and its allies, like the fascists and the mafia; they must understand the characterization of each period to work properly along the dialectics of legality and illegality. Moreover, and we say that this is the main key of the question, each aspect must be seen in relationship with the goal of taking power, which means that each revolutionary process has to be evaluated from the point of view of the People’s War: the confrontation old state/masses. 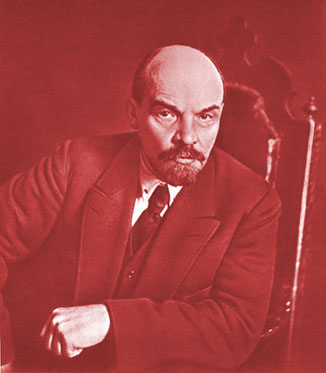 It is not a question of finding a “magic” tool of intervention, be it armed propaganda or electoralism. It is always a question of evaluating each situation according to the strategic goal of the armed insurrection, with the taking of the central power.

Each “victory” which does not correspond to this task is incorrect, on any fields (economy, politics, culture, etc.). A victory means moving forward in direction of the strategical goal. Political power grows out of the barrel of a gun. It means also that the way is a political one. Revolutionary politics is only possible through a guiding thought, i.e. a correct position on the history of a given country, to show the correct path to realize the revolutionary contradiction.

We wish to stress here that the specific conditions for the October Revolution certainly won’t repeat itself, as the People’s War happened only after the insurrection, through the civil war. What shall happen more surely is a revolutionary process in which the taking of the central power occurs only at the end, like for the Chinese revolution. 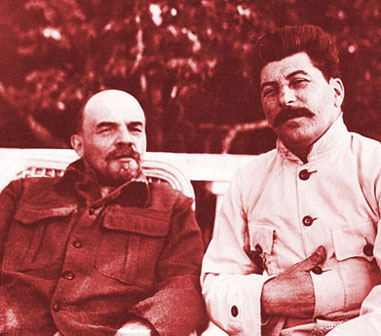 With this in mind, we want to stress the importance of understanding the principle of People’s Democracy, which consists in the broad alliance of the anti-monopolies force, against war and fascism. The revolutionary goal of taking the central power belongs to the strategical offensive of the revolution, but a strategical equilibrium may be historically necessary in the situation where fascism and war are the main political aspect. In fact, this may be even the rule for the revolution in the imperialist countries. 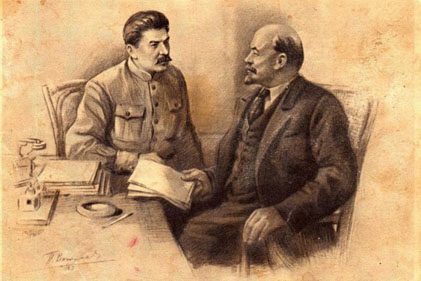 The reason for that is that the very sense of the October revolution is the foundation of the new socialist state. Revolution means the victorious emergence of a new state. This is a basic learning of dialectical materialism. This is why, as the very nature of the state is depending of the revolutionary process, it is not possible to understand the question of the state without understanding that it is a practical one.

That’s why historically Karl Marx had to wait the Commune of Paris of 1871 to understand the form of the dictatorship of the proletariat; that’s why Lenin understood the form of the new socialist state through the revolutionary process itself.

In August 1917, Lenin explains, in the preface to the First Edition of The state and revolution, the actual nature of the topic he’s studying then, in the period between the February revolution and the October revolution to come : 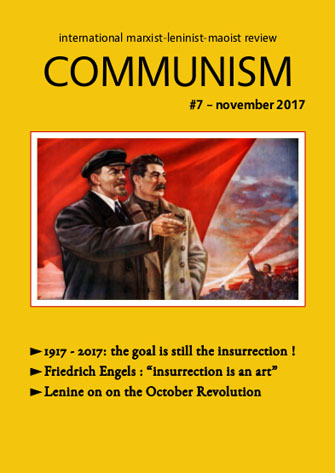 “First of all we examine the theory of Marx and Engels of the state, and dwell in particular detail on those aspects of this theory which are ignored or have been distorted by the opportunists.

Then we deal specially with the one who is chiefly responsible for these distortions, Karl Kautsky, the best­ known leader of the Second International (1889­-1914), which has met with such miserable bankruptcy in the present war.

Lastly, we sum up the main results of the experience of the Russian revolutions of 1905 and particularly of 1917.

Apparently, the latter is now (early August 1917) completing the first stage of its development; but this revolution as a whole can only be understood as a link in a chain of socialist proletarian revolutions being caused by the imperialist war.

The question of the relation of the socialist proletarian revolution to the state, therefore, is acquiring not only practical political importance, but also the significance of a most urgent problem of the day, the problem of explaining to the masses what they will have to do before long to free themselves from capitalist tyranny.”

Lenin Thought is born as expression of the Russian revolution and permitted to have a better understand of the nature of the state. As Stalin explained it in The Foundations of Leninism :

What Stalin points here is the universal aspect in the particular situation of Leninism as expression of the Russian revolution. This is because of this correct understanding that Stalin follows directly, as leader of the Communist Party of the Soviet Union (Bolsheviks), Lenin in guiding the new state in the socialist construction. 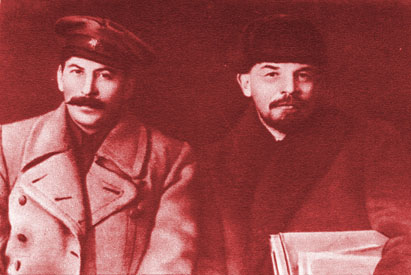 It is not possible to separate Lenin from Stalin and Stalin from Lenin, as Stalin is the successor, the one who noted that Leninism was a development of Marxism, the one who led the Party in the deepening of the socialist construction, of the socialist state. We find here the background the basic difference between Marxism and anarchism, Marxism and opportunism. The state is neither to negate, nor to reform. The state is to be built on a new foundation.

This is the principal aspect of the teaching coming from October 1917. It is not only a question of overthrowing the old state, which is a revisionist reduction of Leninism to a mechanical
conception of power. It means : from the avant-guard opening the ideological revolutionary space, being able to synthesize antagonism, organizing the most advanced elements seeking class autonomy, generate revolutionary mass organisms, build the new power, until the insurrection! 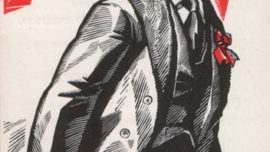 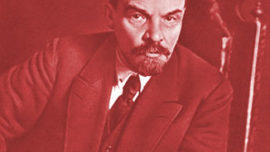 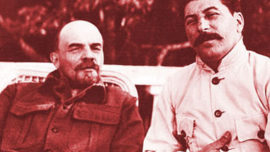 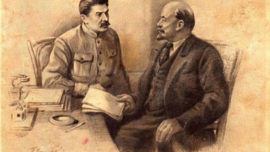 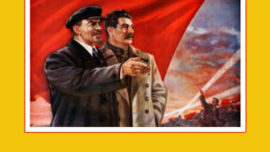 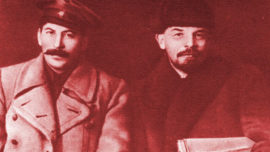