Communism exists since 2016 and the great crisis that began in 2020 emphasizes the fact that what is at stake for humanity is its ability to raise its level of consciousness enough to face the challenges of an entire era. 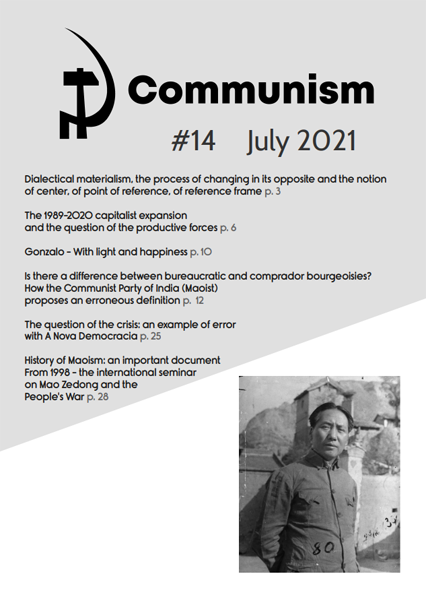 From climate change to the animal condition, from the refinement of exploitation to the systematization of alienation, from threats to the Biosphere to the imperialist war… everything indicates that the question is global and that the only possible answer is therefore global also.

This answer is Marxism-Leninism-Maoism, the universal ideology of the proletariat, which is realized in each national framework through a guiding thought, which indicates the path to be followed in order to start, carry and make the People’s War victorious. Each People’s War is a component of the World People’s War against the crisis, against restructuring, against fascism, against imperialist war: such is its strategic horizon.