Deng Xiaoping managed to cut science and philosophy, which means that he rejected the universal aspect of dialectical materialism. There would be on one side science, on the other philosophy. 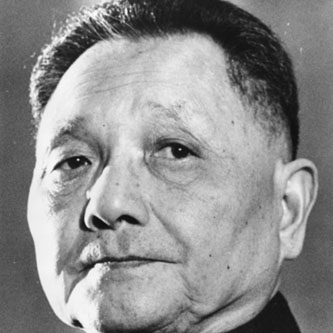 This “double truth” was necessary to legitimate the domination of the revisionist “Communist” Party. Science should serve capitalism, and the “Communist” Party should be the new bourgeoisie.

The rejection of the movement of 1989 was the rejection of the option to go over this “double truth”. The problem is of course that the more science becomes controlled by bourgeois elements, the more it is non-productive and also a factor of liberalism.

That is why the ideology of the revisionist “Communist” Party has more and more to move over Deng Xiaoping’s formulation, and to rehabilitate Hu Yaobang. In fact, the movement of 1989 came too early, but its line is more and more accepted by revisionism.

Basically, the same process existed in the Soviet Union or in the French “Communist” Party. The leading Party was pretending to still be on a political communist line, but in fact in all the fields and topics, it was on a liberal way.

Contaminated, the political option collapsed at the end. That is why Mao Zedong formulated the GRCP as a struggle on all fields and topics, to defend socialism in the cultural and scientific fields.

Let’s quote here Engels, who in Dialectics of Nature explain how searchers need to follow philosophy to really be scientific:

“Natural scientists believe that they free themselves from philosophy by ignoring it or abusing it. They cannot, however, make any headway without thought, and for thought they need thought determinations.

But they take these categories unreflectingly from the common consciousness of so-called educated persons, which is dominated by the relics of long obsolete philosophies or from the little bit of philosophy compulsorily listened to at the University (which is not only fragmentary, but also a medley of views of people belonging to the most varied. and usually the worst schools), or from uncritical and unsystematic reading of philosophical writings of all kinds.

Natural scientists may adopt whatever attitude they please, they are still under the domination of philosophy. It is only a question whether they want to be dominated by a bad, fashionable philosophy or by a form of theoretical thought which rests on acquaintance with the history of thought and its achievements.

“Physics, beware of metaphysics,” is quite right, but in a different sense.

Natural scientists allow philosophy to prolong an illusory existence by making shift with the dregs of the old metaphysics.

Only when natural and historical science has become imbued with dialectics will all the philosophical rubbish – other than the pure theory of thought – be superfluous, disappearing in positive science.”

Chinese revisionism moved exactly in the opposite sense: it separated science from philosophy, which is impossible.