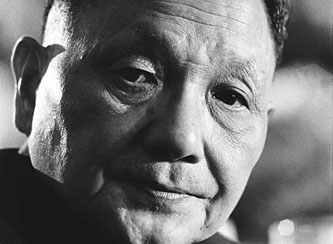 In the USSR, this space was in the field of biology. The bourgeois conception of the DNA as carrier of everything of what is life was well understood as a reactionary illusion. Nevertheless, it was faced with the erroneous conception of modifying matter from outside, without following the principle that the contradiction is intern.

Lyssenko pretended to modify matter in a manner conform to the will of the humans; this led to a scientific failure and permitted revisionism, full of bourgeois subjectivism, to get organized.

Khrouchtchev did not reject Lyssenko after Stalin’s death; on the contrary, he negated all the dialectical materialist teachings, but kept Lyssenko as valuable. Revisionism pretended to change nature, reality, from outside, according the will.

Mao Zedong succeeded in “repairing” dialectical materialism with the conception that the contradiction is intern, that nothing is indivisible. Chinese revisionism had to struggle against it.

Because of this, Chinese revisionism came from this field. The promoters of the Tienanmen movement come directly from this field of cosmology. They were protected by Deng Xiaoping.

But how was it possible for Chinese revisionism to struggle against Mao’s cosmology? Here, Deng Xiaoping appears with what we have to consider as an ideology: dengism.

According dengism, technology is not a superstructure, but an infrastructure. He formulated this in a famous sentence: “It doesn’t matter whether a cat is white or black, as long as it catches mice.” 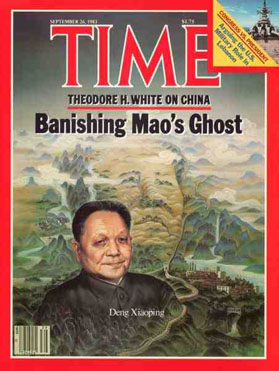 When we see this, it is easy to understand that most of the “Maoists” in the world are dengists; they still uphold some teachings of Mao Zedong, but they have the same pragmatic conception of a supreme method. Like Deng Xiaoping, they sum up Mao Zedong to a couple of books, in particular “On practice”; it is not a surprise that most of these “Maoists” turned onto pro-Albania “Marxist-leninists”.

Pragmatism is the very basis of dengism. It rejects the principle of indivisibility of matter; it considers that the world obeys to mechanical movement, in which it is possible to push in a direction or another.

Prachandism in Nepal, Avakianism in the USA… are ideologies directly borrowing their conceptions from dengism, from a misunderstanding of Maoism, of the Great Proletarian Cultural Revolution (GPCR).

The GPCR wanted to put ideology in command in all fields, whereas dengism limited ideology as a method in politics. In fact, “Maoists” who never speak about culture, science, history… reveal their dengist nature with this narrow conception.

Those fake “Maoists” accept bourgeois values in all fields, but not in politics, so they pretend. Their refusal of recognizing the ecological crisis, of rejecting the destruction of Nature and the use of living beings, is a great proof of their non dialectical materialist approach.

In fact, they are wanna-be managers of a reorganization of capitalism – like Deng Xiaoping.

Here is what Deng Xiaoping answered to the question of knowing if, finally, capitalism isn’t that bad:

« It depends on how you define capitalism. Any capitalism is superior to feudalism. And we cannot say that everything developed in capitalist countries is of a capitalist nature.

For instance, technology, science — even advanced production management is also a sort of science — will be useful in any society or country.

We intend to acquire advanced technology, science and management skills to serve our socialist production. And these things as such have no class character. » (Answers to the Italian Journalist Oriana Fallaci, August 1980)

“These things as such have no class character” – this is the great revisionist line, exactly what was fought by the GPCR.