Lenin : The Development of Capitalism in Russia, second preface − 1908 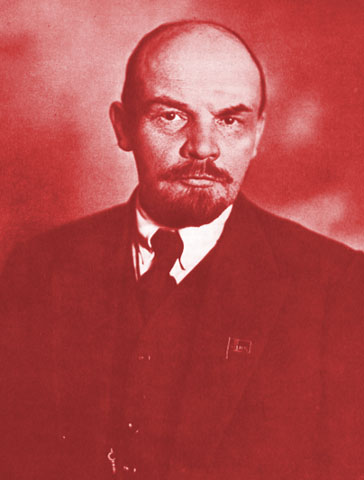 PREFACE TO THE SECOND EDITION

This book was written in the period preceding the Russian Revolution, during the slight lull that set in after the outbreak of the big strikes of 1895-1896. At that time the working-class movement withdrew, as it were, into itself, spreading in breadth and depth and paving the way for the beginning in 1901 of the demonstration movement.

The analysis of the social-economic system and, consequently, of the class structure of Russia given in this work on the basis of an economic investigation and critical analysis of statistics, has now been confirmed by the open political action of all classes in the course of the revolution.

The leading role of the proletariat has been fully revealed. It has also been revealed that the strength of the proletariat in the process of history is immeasurably greater than its share of the total population. The economic basis of the one phenomenon and the other is demonstrated in the present work.

Further, the revolution is now increasingly revealing the dual position and dual role of the peasantry.

On the other hand, in the course of the revolution, the character of the various political parties, and the numerous ideological-political trends reveal the inherently contradictory class structure of this mass, its petty-bourgeois character, the antagonism between the proprietor and the proletarian trends within it.

The vacillation of the impoverished small master between the counter-revolutionary bourgeoisie and the revolutionary proletariat is as inevitable as the phenomenon existent in every capitalist society that an insignificant minority of small producers wax rich, “get on in the world,” turn into bourgeois, while the overwhelming majority are either utterly ruined and become wage-workers or paupers, or eternally eke out an almost proletarian existence. The economic basis of both these trends among the peasantry is demonstrated in the present essay.

With this economic basis the revolution in Russia is, of course, inevitably a bourgeois revolution. This Marxist proposition is absolutely irrefutable. It must never be forgotten. It must always be applied to all the economic and political problems of the Russian Revolution.

But one must know how to apply it. A concrete analysis of the status and the interests of the different classes must serve as a means of defining the precise significance of this truth when applied to this or that problem.

The opposite mode of reasoning frequently met with among the Right-wing Social-Democrats headed by Plekhanov, i.e., the endeavour to look for answers to concrete questions in the simple logical development of the general truth about the basic character of our revolution, is a vulgarisation of Marxism and downright mockery of dialectical materialism.

Of such people, who from the general truth of the character of this revolution deduce, for example, the leading role of the “bourgeoisie” in the revolution, or the need for socialists to support the liberals, Marx would very likely have repeated the words once quoted by him from Heine: “I have sown dragon’s teeth and harvested fleas.”

With the present economic basis of the Russian Revolution, two main lines of its development and outcome are objectively possible:

Either the old landlord economy, bound as it is by thousands of threads to serfdom, is retained and turns slowly into purely capitalist, “Junker” economy.

The basis of the final transition from labour-service to capitalism is the internal metamorphosis of feudalist landlord economy.

The entire agrarian system of the state becomes capitalist and for a long time retains feudalist features. Or the old landlord economy is broken up by revolution, which destroys all the relics of serfdom, and large landownership in the first place.

The basis of the final transition from labour-service to capitalism is the free development of small peasant farming, which has received a tremendous impetus as a result of the expropriation of the landlords’ estates in the interests of the peasantry.

The entire agrarian system becomes capitalist, for the more completely the vestiges of serfdom are destroyed the more rapidly does the differentiation of the peasantry proceed. In other words: either—the retention, in the main, of landed proprietorship and of the chief supports of the old “superstructure”; hence, the predominant role of the liberal-monarchist bourgeois and landlord, the rapid transition of the well-to-do peasantry to their side, the degradation of the peasant masses, not only expropriated on a vast scale but enslaved, in addition, by one or other kind of Cadet – proposed land-redemption payments, and downtrodden and dulled by the dominance of reaction; the executors of such a bourgeois revolution will be politicians of a type approximating to the Octobrists.

Or—the destruction of landlordism and of all the chief supports of the corresponding old “superstructure”; the predominant role of the proletariat and the peasant masses, with the neutralising of the unstable or counter-revolutionary bourgeoisie; the speediest and freest development of the productive forces on a capitalist basis, under the best circumstances for the worker and peasant masses at all conceivable under commodity production;—hence, the establishment of the most favourable conditions for the further accomplishment by the working class of its real and fundamental task of socialist reorganisation.

Of course, infinitely diverse combinations of elements of this or that type of capitalist evolution are possible, and only hopeless pedants could set about solving the peculiar and complex problems arising merely by quoting this or that opinion of Marx about a different historical epoch.

The essay here presented to the reader is devoted to an analysis of the pre-revolutionary economy of Russia. In a revolutionary epoch, life in a country proceeds with such speed and impetuosity that it is impossible to define the major results of economic evolution in the heat of political struggle.

Messrs. The Stolypins, on the one hand, and the liberals on the other (and not only Cadets à la Struve, but all the Cadets in general), are working systematically, doggedly and consistently to accomplish the revolution according to the first pattern.

The coup d’état of June 3, 1907, that we have recently witnessed, marks a victory for the counter-revolution, which is striving to ensure the complete predominance of the landlords in the so-called representative body of the Russian people.

[June 3, 1907, was the day on which the Second State Duma was disbanded and a new law was promulgated dealing with the elections to the Third State Duma, that ensured a majority for the landlords and capitalists in the Duma. The tsar’s government treacherously violated the Manifesto of October 17, 1905, did away with constitutional rights and had the Social-Democratic group in the Second Duma arraigned and sentenced to hard labour. The so-called coup d’état of June 3 marked a temporary victory of the counter-revolution.]

But how far this “victory” is a lasting one is another matter; the struggle for the second outcome of the revolution goes on. Not only the proletariat, but also the broad masses of the peasantry are striving, more or less resolutely, more or less consistently, and more or less consciously, for this outcome.

However much the counter-revolution tries to strangle the direct mass struggle by outright violence, however much the Cadets try to strangle it by means of their despicable and hypocritical counter revolutionary ideas, that struggle, in spite of all, is breaking out, now here and now there, and laying its impress upon the policy of the “labour,” Narodnik parties, although the top circles of petty-bourgeois politicians are undoubtedly contaminated (especially the “Popular Socialists” and Trudoviks) with the Cadet spirit of treachery, Molchalinism [a synonym for sycophancy, toadyism. Derived from the name Molchalin, a character in Griboyedov’s playWit Works Woe.] and smugness characteristic of moderate and punctilious philistines or bureaucrats.

How this struggle will end, what the final result of the first onset of the Russian Revolution will be—it is at present impossible to say. Hence, the time has not yet come (moreover, the immediate Party duties of a participant in the working-class movement leave no leisure) for a thorough revision of this essay (1).

The second edition cannot overstep the bounds of a characterisation of Russian economy before the revolution. The author had to confine himself to going over and correcting the text and also to making the most essential additions from the latest statistical material. These are recent horse-census data, harvest statistics, returns of the 1897 census of the population of Russia, new data from factory statistics, etc.

(1) Such a revision will possibly require a sequel to the present work. In that case the first volume would have to be confined to an analysis of Russian economy before the revolution, and the second volume devoted to a study of the results and achievements of the revolution.— Lenin 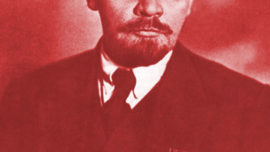